Computer Model of the Kaaba in Mecca 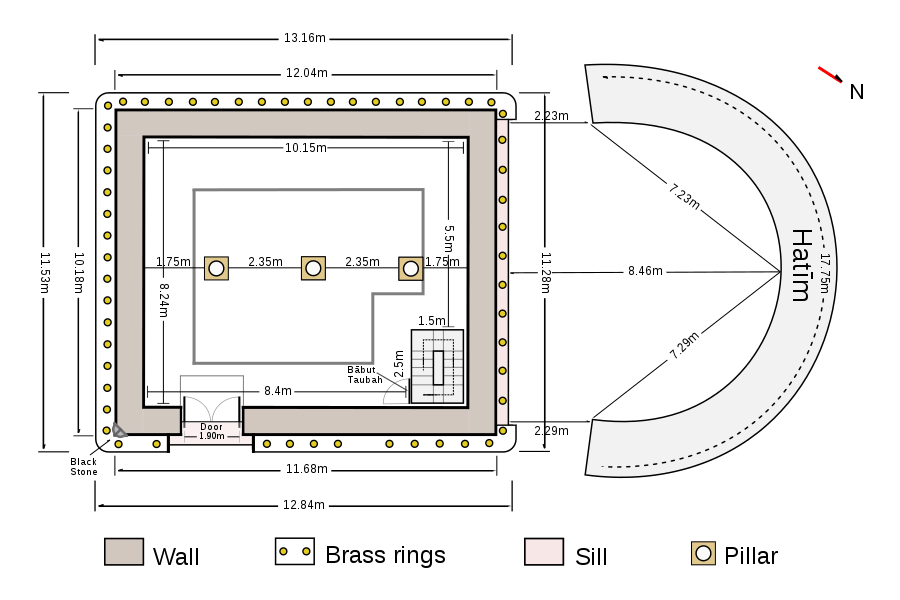 Developed with input from James White,
historian of Islamic literature at the University of Oxford

The Kaaba (Arabic: ٱلْـكَـعْـبَـة “The Cube”) is a building at the center of Islam’s most important mosque in Mecca, Saudi Arabia. This is the most sacred site in Islam. Muslims consider it the “House of God.” Wherever they are in the world, Muslims are expected to face the Kaaba when performing prayer. One of the Five Pillars of Islam requires every Muslim to perform the Hajj and visit the Kaaba.

In 2018, I was unhappy with the available quality of 3D digital models of this important building for Muslim culture. I could find no models that were detailed or accurate enough. I created this accurate-to-the-inch model based on architects’ drawings and photos.

Audio: the call to prayer, recorded in Istanbul