Murphy Varnish, built in 1886, is one of Newark’s oldest factories still standing. Its brick walls, terracotta ornament, and intricate brickwork reflect a time when industrial structures were more than just functional. Murphy Varnish reflects a time when industry was central to Newark’s wealth and key to its future success. It is a monument to industry, built to last (and landmarked since 1979 by the National Park Service). Recent renovation efforts promise to turn this derelict structure into a community of apartments.

The summer after my first year at Columbia University, I had the privilege of working with the Studio for Urban Architecture & Design (SUAD), the architects hired to redevelop this derelict factory into about forty residential units. During my time at SUAD, I observed firsthand the workings of a small architecture firm and the inspiring conversion of an old factory into something viable and living. As my internship neared its end, I photographed the historic factory and created a detailed watercolor drawing of the finished renovation. 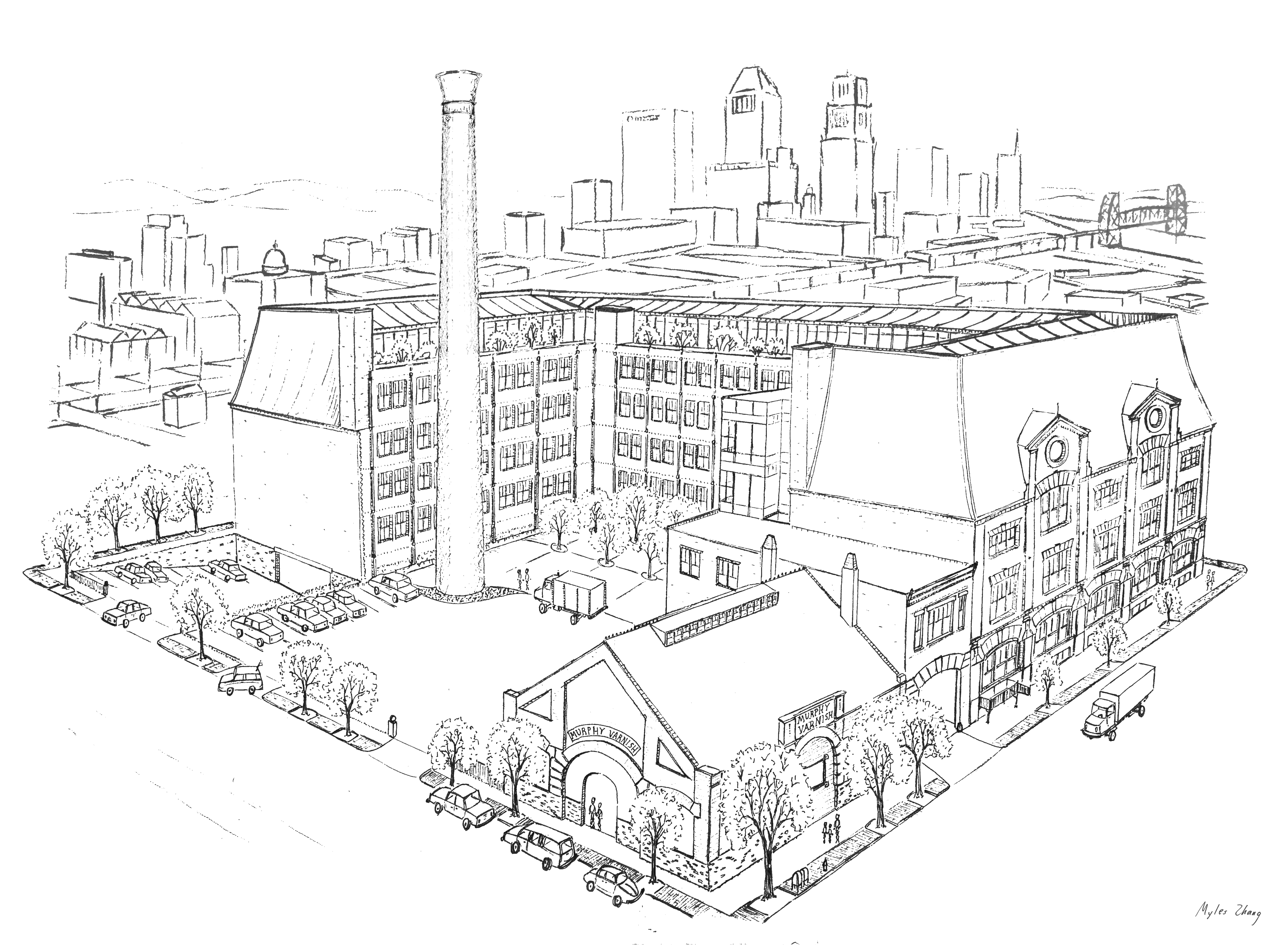 During these three months, I learned that architecture is more than the creation of art and beauty for their own sake. It is a tool to build a stronger city through improving the built environment. For decades, Newark has seen architecture that does not value aesthetics or connect with the city’s rich history. Prefab, cookie-cutter homes are often built in Newark; they are out of place and context. These kinds of projects are set back from the street with little more than driveways and vinyl siding for the streetscape. Corporate monolith towers rise in the downtown; through catwalks and perimeter fences, their occupants need not engage with the city. Every morning and every evening, they can ride to and from Newark without setting foot outdoors or on city streets. For historic preservationists, much of the city’s old architecture was lost to parking lots, urban renewal, and urban blight.

In this context, Murphy Varnish is an exceptional outlier. In a city once home to thousands of small factories, Murphy Varnish is one of the few that remain. Old Newark maps show dozens of factories surrounding Murphy Varnish. In the past few decades, almost all of these industrial structures were demolished and replaced with empty lots and low-quality prefab homes. Now, Murphy Varnish stands alone in a residential neighborhood; it is a unique reminder of history that becomes all the more worth saving.

As I begin my second year of college, I return to campus with renewed appreciation for historic preservation. I return with deeper admiration for the tireless efforts of Newark activists and architects to preserve the city’s rich architectural heritage for future generations.

This project was made possible by a summer grant from Columbia’s Center for Career Education.

This industrial land was condemned before construction was complete.

A work in progress

View from factory to Downtown Newark

Round window to Downtown Newark 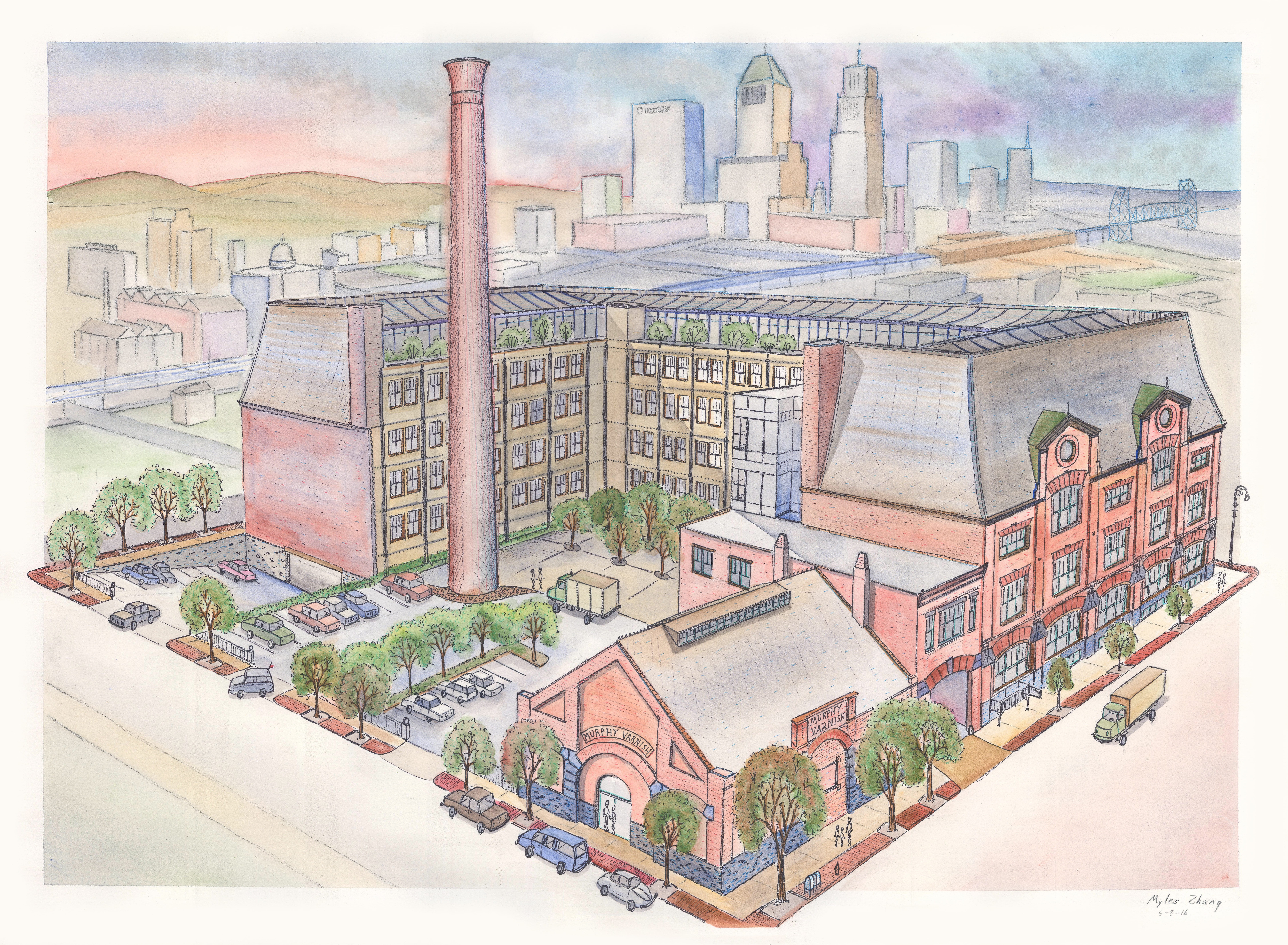