The Time Columbia Built an Artificial Moon in Low Library 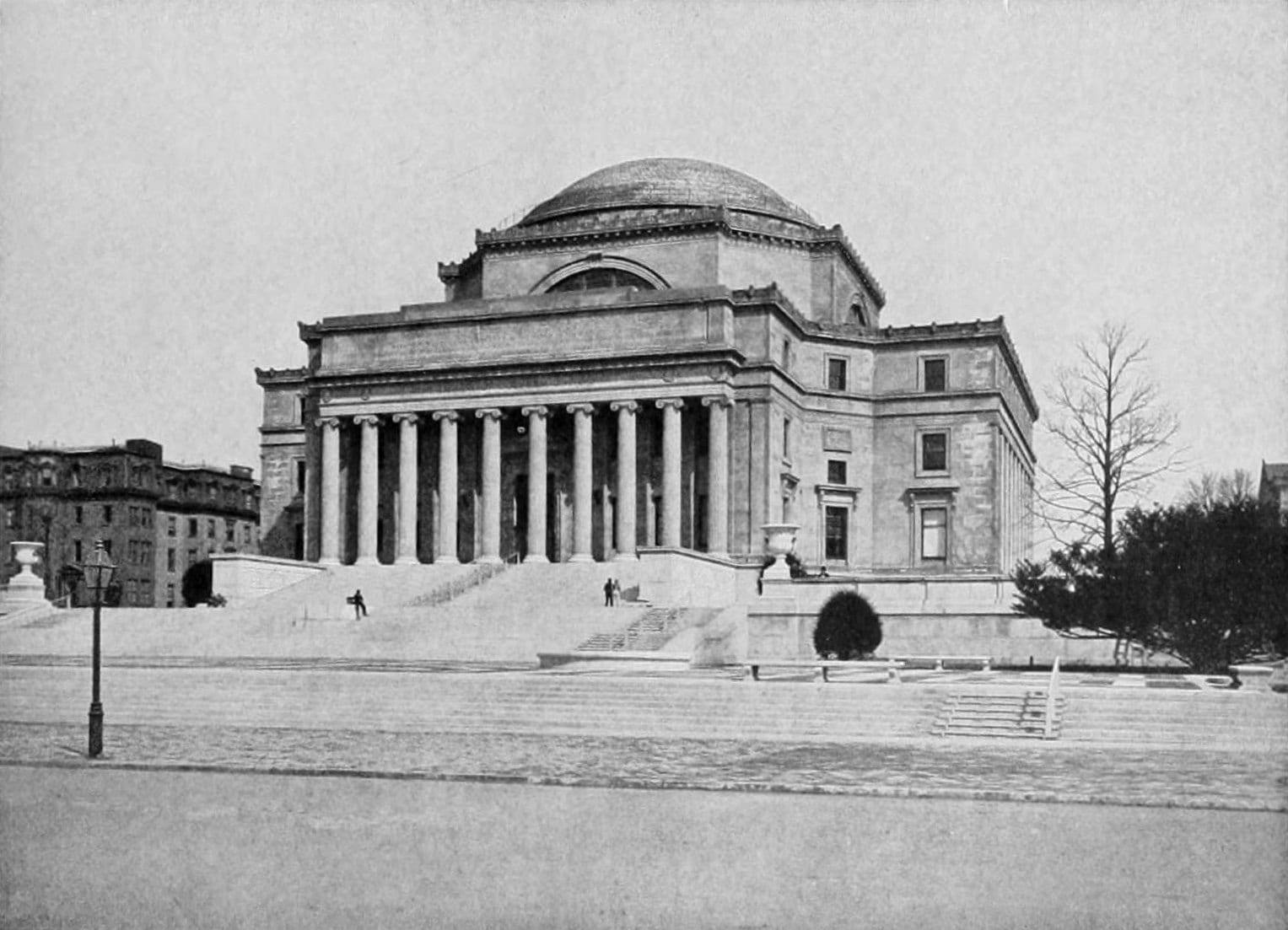 The best definition of a university is, to my mind, a city from which the universe can be surveyed. It is the universe compressed into a city the size of Morningside Heights.

Aesthetically ancient but technologically advanced, Low Library rose to this challenge in the 1890s. Buried within hundreds of tons of Milford granite, Indiana limestone, and the unchanging architecture of antiquity were the latest technologies: electricity, steam heating, Corliss steam engines, and internal plumbing in a time when hundreds of thousands of New Yorkers still used outhouses and made less than five dollars a day. Flushing toilets – also known as crappers after Thomas Crapper who perfected their flush mechanism – were also a relatively new consumer product. It has always surprised me how the bathroom stalls at Low Library are divided by marble partitions of the highest quality that must weigh several hundred pounds each. Low Library was indeed built at a time when toilets were something to celebrate, in addition to books of course.

The goal of a great library was to collapse the universe into the size of a room. From the dome’s center was suspended a seven-foot-diameter white ball, which Scientific American described in 1898 as “Columbia’s artificial moon.” So that students could read by moonlight under a canopy of stars, this moon was illuminated against a dome painted dark to resemble the night sky. So in awe was Scientific American that they devoted as much page space to describing Low Library as to documenting the mechanics of this moon with mathematical formulas. With no other point of reference except candles, scientists calculated Columbia’s moon as equivalent in power to 3,972 candles.

From April 1898 issue of Scientific American

The only trouble was the lightbulbs’ carbon filament could only burn for 2.5 hours before “Columbia’s artificial moon” went dark. Scientists had not yet perfected the technologies of light. As a result, Columbia needed to replace the carbon filaments daily and could only illuminate the universe between the hours of 5:00 and 7:00 p.m. And yet, in line with Columbia’s Latin motto “In lumine tuo videbimis lumen” (In your light we see the light), Low Library was flanked by the emerging research departments of the global research university: physics, chemistry, mathematics, mining, engineering, and architecture. Then as now, these fields were seen as the frontiers of human knowledge.

For all the university’s focus on science, its core is built on the art and literature of antiquity. Low Library’s walls are several feet thick, thicker than was necessary in 1890s America that had moved on from heavy stone construction to steel-frame skeletal structures for skyscrapers and railroad stations. From Scientific American: “The imposing pile which forms the home of the college library looks down upon the great metropolis of the New World with something surely of the same pride with which the Parthenon of old surveyed the ancient Athenian city.” America – flush with wealth after conquering indigenous peoples in the American west – saw itself as inheriting the values of ancient Greece and Rome. New York, the American empire’s economic capital, needed cultural and intellectual symbols of power to match. Low Library was this symbol.

Low Library on the cover of Harper’s Weekly: The Journal of Civilization

Civilization at left: Harper’s Weekly: The Journal of Civilization featured Low Library on its front cover
Colonialism at right: Scientific American described Low Library’s construction on the same page as an article about tree stump removal in the American west

Part of the ambition – and also hubris – of Low Library was the desire to bring all knowledge under one roof. From the reference desk in the dome’s center, librarians could, in the sweep of the eye, survey the entire collection. Curved reading desks were arranged in rings around this centerpiece, like the orbits of planets that circled the sun. From the reference desk beneath the dome’s “starry firmament on high” came the source of all knowledge and all power, as if the library were a planetarium of Biblical proportions.

Rather than the church altar as visual centerpiece, like the altar in the Roman Pantheon on which Low Library was modeled, the mechanical moon and the quiet, methodical work of librarians were the visual centers of attention. Low Library’s architectural form – historically associated with religion – was adapted to new uses as a temple of reason. By contrast, Columbia University’s chapel was only an afterthought, built years later and barely visible from the College Walk. While the Gothic university chapel was the visual centerpiece of traditional universities, the library was the symbolic center of Columbia’s campus. This was a campus “made in the image of” the modern research university. The pursuit of truth was given architectural form and made its home in the university campus. 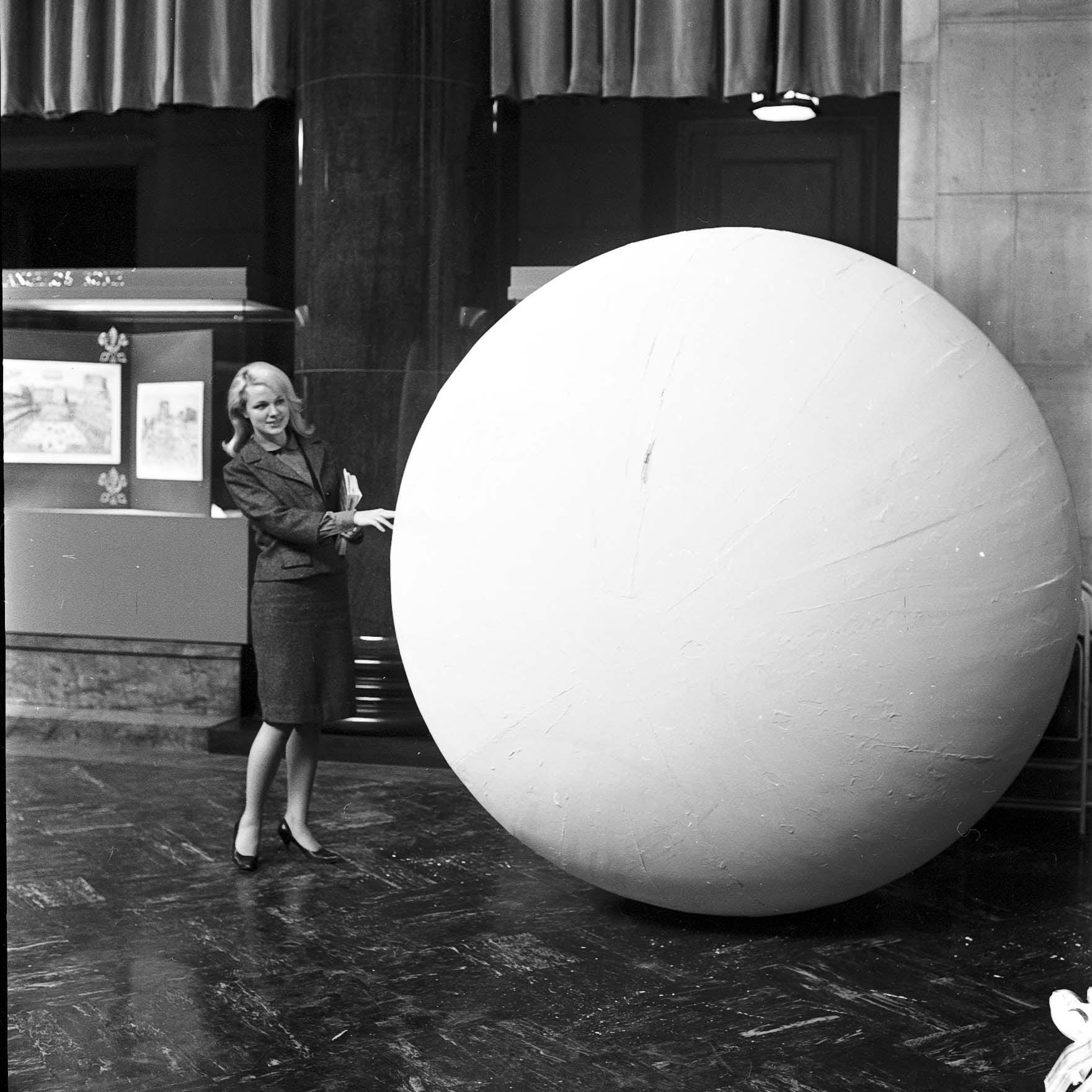 Columbia had fewer than one million books in the 1890s, in contrast to over 13 million books today shelved across dozens of libraries. As industrialization in the image of Henry Ford’s moving assembly line spread to other fields like publishing, the printing and selling of books became cheaper. The market was flooded with books, and Columbia’s Low Library – built for a rarified time when books were more expensive – became too small. The collections soon outgrew their intended home, prompting the construction of Butler Library. The Butler stacks – lined with thousands of metal shelves, accessible by only one entrance behind a security desk, and organized by the Dewey Decimal System – symbolize the mechanization of knowledge. If Low Library resembles a temple of reason, the fireproof stacks of Butler Library resemble a bank vault. By the 1920s, many of the same technologies employed in the design of bank vaults were also employed in the design of libraries. The names of dozens of Columbia spaces named after wealthy donors also attest to the fact that architectural form follows finance. Columbia’s campus, although built in the eternal image of ancient Rome, was funded with New York fortunes made and lost in the speculative bubbles of Wall Street.

Except as an event space, Low Library’s rotunda has remained empty for decades. But the unmet challenge of adapting an ancient library to new uses should not be read as a failure. Architecture must serve the university’s vision. Architecture must make the university’s ideals of tolerance, diversity, and free speech visible in stone, metal, and wood. As much as Low Library represented one way of thinking, its monumental emptiness symbolizes a university that has moved on to include new voices in an expanded definition of the universe, such as women and other groups excluded from higher education for most of American history. The Core Curriculum, too, once limited to the literature of Greece and Rome now lives across departments and includes global voices. In ways both technological and metaphorical, the university has advanced beyond a vision of the universe illuminated for only two hours per day.

The university Columbia has become is radically different from President Seth Low’s time. It is culturally richer for these changes and for the 1968 protests occupying Low Library and Hamilton Hall. Low Library – the symbolic and visual center of Columbia’s campus – might have taken a few years to build, but the goal of building a university requires the labor of generations of scholars, administrators, and activist students. Like the universe, the university was not built in a day. 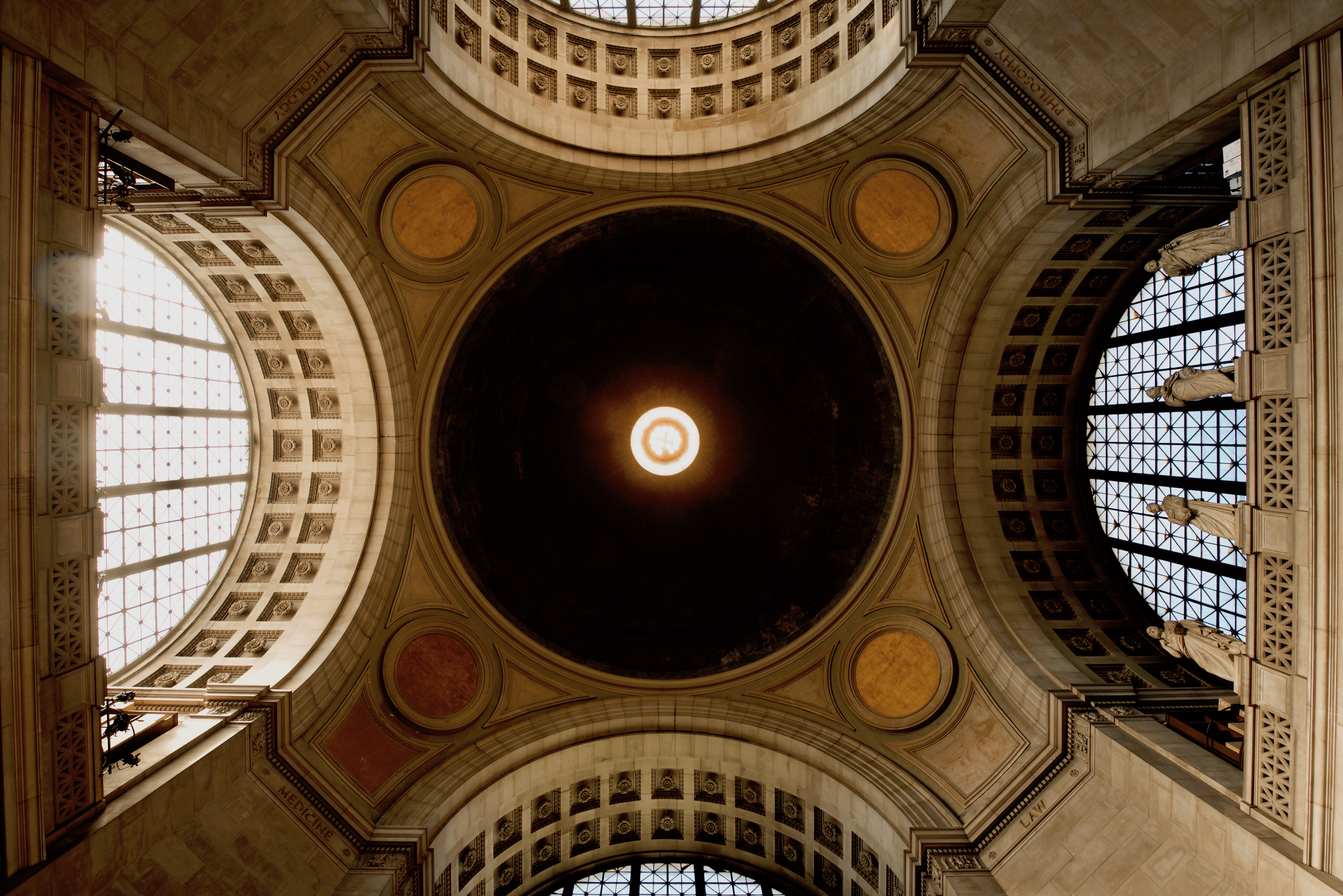