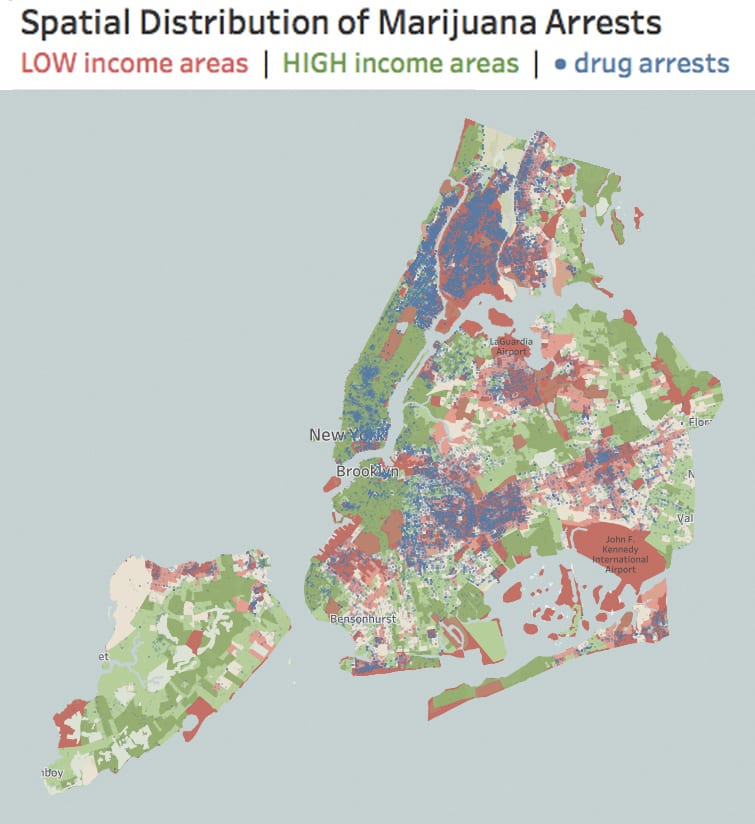 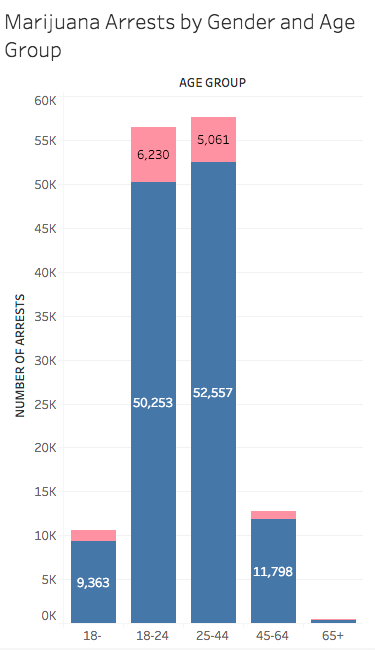 NYPD marijuana arrests are disproportionately of Black males between the ages of 18 and 44 from low-income communities, even though this demographic represents less than 10% of the city’s population. Why should this matter? Arresting individuals for using a relatively harmless and non-addictive drug is expensive for taxpayers. According to the Drug Policy Alliance, the city spends $75 million on marijuana arrests and prosecution per year. 4 This is money that could have gone to education, parks, and community programs. Marijuana policy targets our country’s poorest people of color.

The common argument, and the grounds on which marijuana was initially made illegal, is that marijuana is a “gateway drug.” Marijuana supposedly introduces and later encourages individuals to experiment with more dangerous and addictive substances. Whether or not this is true, the arrest and punishment of individuals for marijuana may incur the equal risk of becoming a “gateway crime” to the legal system. With a prison record from a marijuana arrest, a person of color may have more difficulty finding employment and re-entering society – ironically pushing them to desperation and possibly new and greater crimes than their initial arrest. 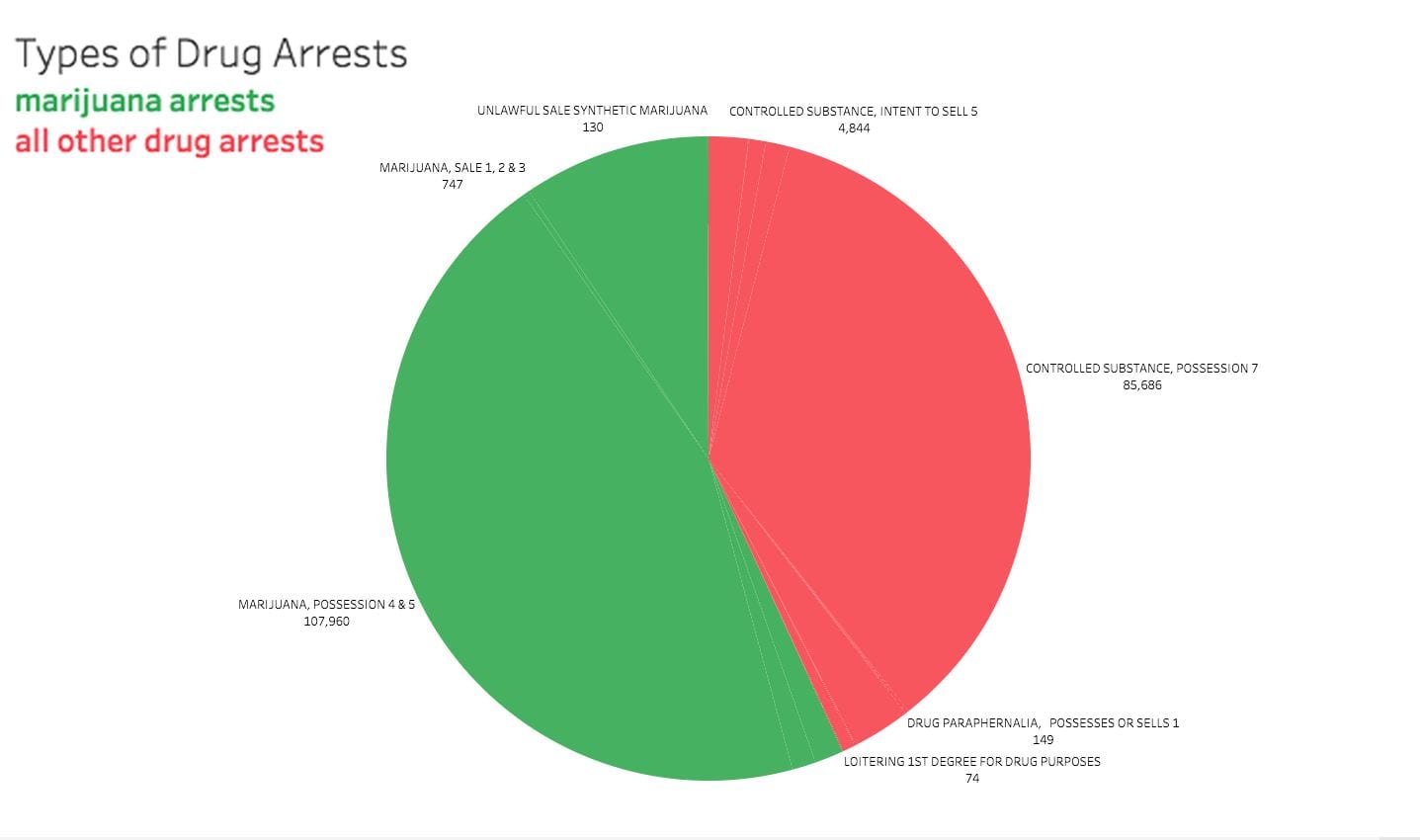 Below are three maps of neighborhood “hotspots” for marijuana arrests. The income of every block is indicated on a red to green color scale from low to high income. The population of Latinos and Blacks per square mile is also indicated; unsurprisingly, these groups cluster in low-income neighborhoods. On this base map is the geo-referenced address of every arrest for marijuana possession or sale from 2013 to 2017.

Marijuana arrests tend to happen in low-income neighborhoods. For instance, Manhattan’s 96th Street represents an income divide between the wealthy Upper East Side and the comparatively poorer Harlem. Drawing a “thin blue line” down 96th Street, we also identify an unspoken policing boundary. Marijuana arrests are significantly less likely to happen in the majority-White neighborhood south of 96th than in the majority-Black neighborhood north, even though both neighborhoods are of comparable population density and likely comparable rates of marijuana use. According to the UCLA: “Despite roughly equal usage rates, Blacks are 3.73 times more likely than Whites to be arrested for marijuana.” 5 Similarly, the wealthy and majority-White neighborhood of Riverdale in the Bronx has few arrests in comparison to the poorer and majority-Black West Bronx, even though these two neighborhoods are less than mile apart.

Note that on the above map, there are numerous low-income neighborhoods without any drug arrests. This is largely because these areas have little to no population, such as Central Park or LaGuardia Airport. Controlling for population density, marijuana arrests still target communities of color.

This project was assembled from public data. I downloaded anonymized microdata on the race, crime, gender, and approximate age of every individual arrested by NYPD, as well as the address where this individual was arrested. Of the approximately 1.7 million arrests in this data set, I filtered out the marijuana crimes. The colored basemap indicating per capita income and race by city block is extracted from Tableau Public, the mapping software I use. The infographics presented above can be explored or downloaded here. Arrest data is from NYC Open Data here.