The Origins of Gothic at the Church of Saint-Denis

This is my Columbia University senior thesis in the History & Theory of Architecture. This work expands on my films about Amiens Cathedral, published here.

Around the year 1140 CE, a new style of architecture and way of thinking about how to construct buildings developed in Northern France. This way of building soon spread across Europe, seeding cathedrals, monasteries, abbeys, and churches wherever masons traveled. Centuries later – long after masons ceased building in this style – Renaissance architectural theorists began calling this style the “Gothic.”

The one church traditionally associated with this 1140s stylistic shift from the earlier Romanesque style to the newer Gothic style is a small building just north of Paris: the Abbey Church of S-Denis. However, although the popular narrative of architectural history assumes this building to be the world’s first Gothic building, little structural evidence to this effect survives. This thesis follows two strains of inquiry: 1) why this church is associated with the origins of Gothic and 2) how surviving fragments of the 1140s S-Denis fail to support claims of the structure’s primacy.

Why does this matter? S-Denis reveals a tendency to tell history – particularly architectural history – in terms of individual structures when, in fact, the origins of the Gothic style might be more complex. By abandoning a Paris and S-Denis centric origins story, we might be able to better appreciate the diverse array of local sources from which medieval masons found inspiration to build. 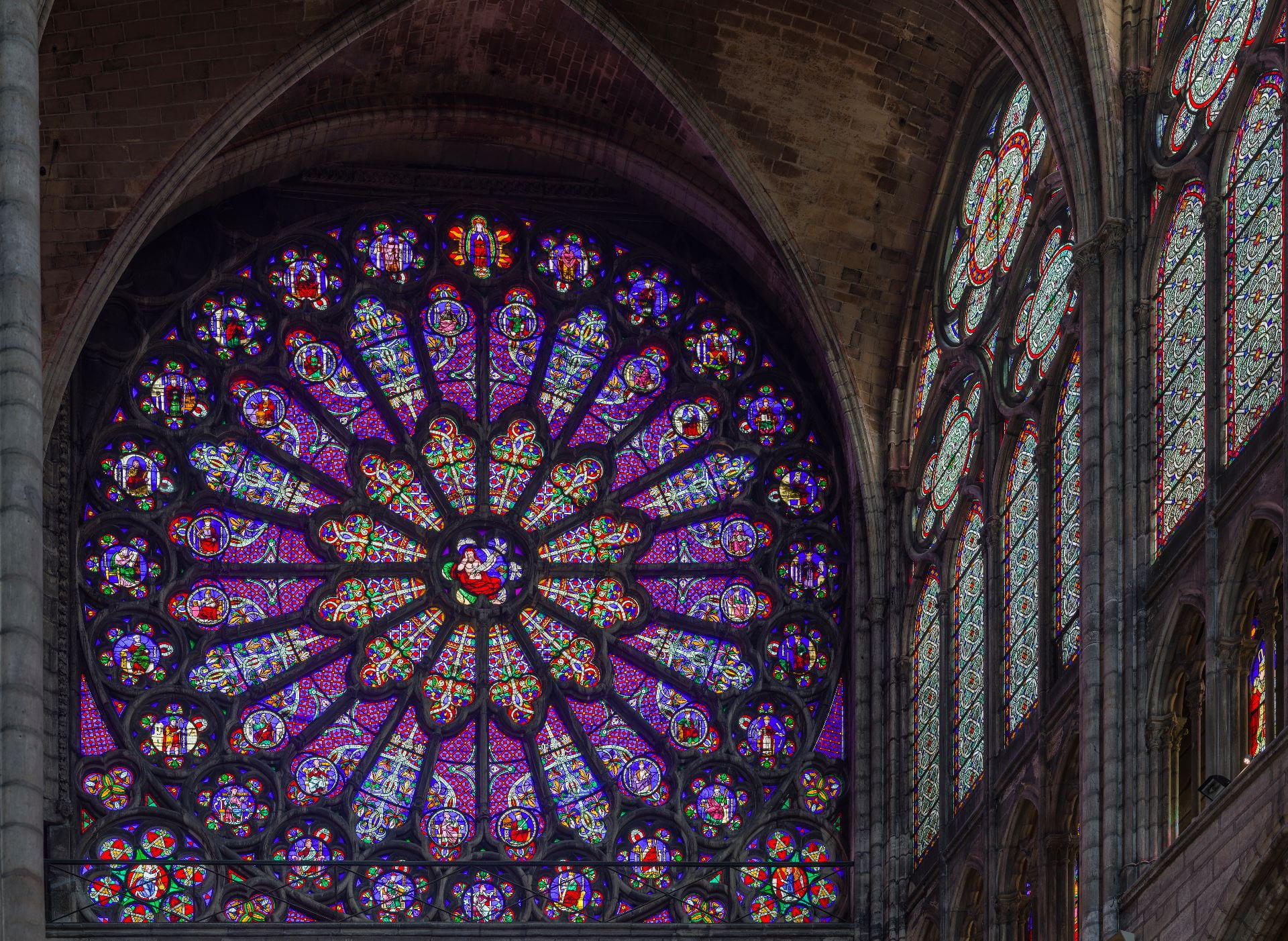 Opens as PDF in new window

Strangely enough, despite the accepted fact that S-Denis’ architecture was significantly rebuilt, numerous sources continue to assume this church to be the first. Copied below is a quote from S-Denis’ official website:

The birth of Gothic art. The church, designed by Abbot Suger, kings’ advisor from 1135 to 1144, was completed in the 13th-century during the reign of Saint Louis. A major work of Gothic art, this church was the first to place a great importance on light, a symbol of divinity, in religious architecture.

Or this quote from leading German medievalist Dieter Kimpel:

Suger, abbot of the most important of all the royal abbeys, that of Saint-Denis, and sponsor of the western part and the sanctuary of the abbey church, works considered rightly as a milestone in the history of the birth of Gothic architecture, left us a detailed account of his activity as abbot.