Does the American city need a new “public entrepreneur” like Robert Moses?

Performing winter 2022 at The Shed in Hudson Yards is Straight Line Crazy, a two-act play about Robert Moses. He was New York City’s leading planner from the 1930s through 1960s, responsible for 35 highways, 12 bridges, 658 playgrounds and over 2 million acres of parks. Since the publication of Robert Moses’s 1974 biography The Power Broker by Robert Caro, Moses has been variously remembered for the thousands of projects he completed, admired for those public parks that brought communities together, hated for his proposal to carve an expressway through Lower Manhattan, and despised for those infrastructure projects that divided non-White communities.

Act one builds up Robert Moses as the Oxford-Columbia educated planner but with slight populist tendencies in his construction of Jones Beach and hundreds of playgrounds. This script for public consumption is of course incomplete without the mandatory repetition – originating from The Power Broker – that bridges over the access roads to public beaches were too short for buses of Black people to pass under.

Act two takes down Moses by trotting through the usual history with mentions of the 1960s Cross Bronx Expressway. Out of 250,000 people displaced citywide for “slum clearance” and “urban renewal” projects, that highway alone displaced some 40,000 people – mostly tenements of working-class immigrants. In the final scene, a young Black architect employed in Moses’s office repeats James Baldwin’s 1963 claim that “urban renewal means … Negro removal” and confronts Moses saying that her family and everyone she knows was displaced for the Cross Bronx.

That a city planner should be the subject of an off-Broadway play speaks to the enduring power of Robert Moses in the public imagination. Robert Moses succeeded in a profession now weighed down by paperwork and bureaucracy. In his complete vision of a city and ability to execute projects in face of the odds, Robert Moses represents the total power many planners and architects today secretly – or not so secretly – wished they had. Like him or hate him, we cannot seem to forget him.

Since the 1960s civil rights movement, the public judgement on Robert Moses has become clear. The public is now deeply and rightly skeptical of designing cities around cars, highways, and public housing towers. For me to say I am theoretically from “The Projects” immediately brings to the public’s mind images of poor Black and non-White neighbors confined to decaying brick towers set in barren landscapes of poverty and incarceration. Under Robert Moses, New York City completed upwards of 100,000 units of public housing set in near identical towers.

In the play’s closing minutes, activist urbanist Jane Jacobs turns to the audience and announces: “Robert Moses’s plans to demolish Greenwich Village were stopped. But visit that neighborhood today and you will see gentrification has exiled from the community the very artists and small businesses that had fought to save their homes. We activists succeeded, but not in the way we had hoped.”

Stepping out from The Shed after the play, the towers and shopping malls of Hudson Yards surrounded me, acres of glass and luxury shops for handbags, watches, and clothes with not a bodega or homeless person in sight. Hudson Yards is, after all, publicly accessible but privately owned public space. Who can and cannot use it depends on the whims of Vornado, the company that owns the complex. A project like Hudson Yards – and the thousands of soulless skyscrapers like it that now appear in Manhattan and every major world city – is a direct product of the 1960s resistance to Robert Moses that began on the human-scale streets of the Greenwich Village.

If government is the problem and Robert Moses the racial symbol of what happens when government goes too far, then government cannot be counted on and cannot be trusted to provide the solutions for our time. Affordable housing, healthcare, internet, water, parks, even prisons, all these services and more are now provided by private markets. Affordable housing policies, too, require that new developers of luxury units set aside a fraction as affordable housing. In the trickle-down philosophy that “a rising tides lifts all boats,” the construction of affordable housing hinges on the success of luxury housing. To propose that only the state should be empowered to provide these services is – to follow the logic of Fox, CNN, and similar mainstream commentators – Socialism.

In his 1981 inaugural address, Ronald Reagan summed up the new political philosophy he planned for the nation: “In this present crisis, government is not the solution to our problem; government is the problem. From time to time we’ve been tempted to believe that society has become too complex to be managed by self-rule, that government by an elite group is superior to government for, by, and of the people. [….] The solutions we seek must be equitable, with no one group singled out to pay a higher price.”

Yet, for Reagan to condemn the likes of Robert Moses as “an elite group,” society has come to rely on a new set of masters in private markets and private equity – un-elected forces more powerful than Robert Moses. Global charities shuddered when Bill and Melinda Gates divorced, for fear that their divorce would spell the end of their non-profit that donates billions to charity. The mainstream media shuddered again when Elon Musk bought Twitter, for fear that new ownership would empower conservatives, Donald Trump, and liberals alike to spread misinformation. The retreat of government from public life mirrors growing income inequality, a worsening climate crisis, rising cost of living, and critical infrastructure projects that can never quite seem to get off the ground.

Planners, politicians, and activists now comfort themselves in the belief that we have “learned from history.” In an attempt to reconnect communities, efforts in Detroit, Seattle, Rochester, Boston, and across the country are demolishing the very highway projects from the likes of Robert Moses that once divided communities. Progress has been slow and funding hard to unlock in an age of austerity. In abandoning the philosophy of Robert Moses, we have also abandoned the very tools of government through which to keep people like Robert Moses in check. This is the key problem with modern liberalism, particularly the variety endemic to liberal college campuses and the State of California: It condemns public housing projects and state-driven urban renewal projects; it also condemns gentrification and private control of public space, public water, and public goods. And yet, the solution to corporate gentrification is an aggressive set of government polices that defends and builds more public housing. We need modern day policies to stitch communities back together that are as powerful and as aggressive as those policies that divided them.

The lesson to learn from Robert Moses is not that he was a bad planner, a “racist,” or a car enthusiast. The lesson to learn is that there will be inevitable power asymmetries in society, but that we have the power to choose our masters. In the end, Robert Moses was pushed out of power in 1968 by New York Governor Nelson Rockefeller; the political winds had changed and with it the power brokers. In the end, Robert Moses died in 1981 with only $50,000 in assets to his name; Reagan had just been elected president, and Trump Tower was under construction. Six years later, Donald Trump would write in The Art of the Deal where, among many topics and real estate advice, he described his power to serve the public good through private enterprise. As Robert Moses rebuilt Central Park’s dozens of playgrounds and public spaces in the 1930s, Trump would rebuild the park’s Wollman Rink in the 1980s as publicly subsidized but privately owned “public” space. Trump assessed his work and the “public” spaces he created with taxpayer subsidies: “It was a simple, accessible drama about the contrast between governmental incompetence and the power of effective private enterprise. [….] During most of the construction, the city stayed out of our way – in large part because I instructed my men to keep park officials off the site. When they did try to interfere, it inevitably turned into disaster.” (link) The reach of today’s corporate power brokers in un-elected office is more powerful than Robert Moses ever was, and the public’s mechanisms to control them remains unclear. Nothing less than the future of democracy is in the balance. 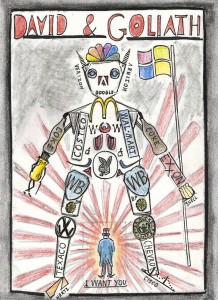