Through digital models, architecture’s audience can expand beyond in-person visitors. Here are a few of my creations that can be explored in virtual reality. The need for models to load in the web browser imposes a creative limit on file size and numbers of polygons and textures model can contain. Too many textures or too much geometry and a model will not load. This process therefore requires me to be economical and to get the most amount of detail with the least amount of file size. All models featured below are about the size of a word document or email attachment. 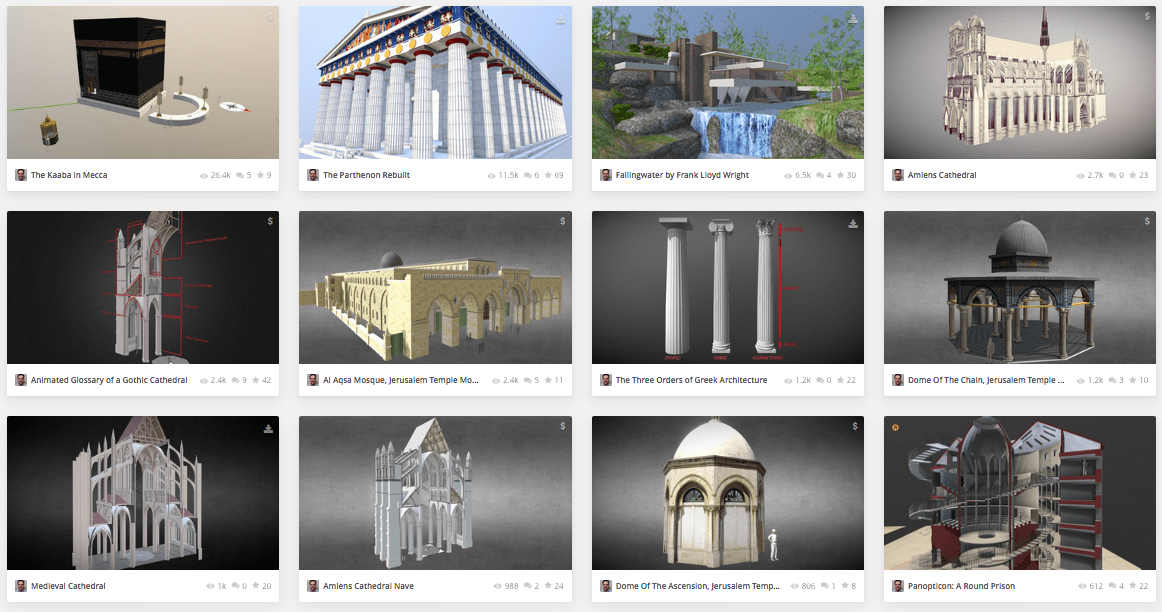 Models reveal aspects of construction and design that are otherwise invisible. Amiens Cathedral and the Kaaba in Mecca are illustrated from below as if the ground were invisible. The view of the Kaaba from above is only possible through computer models, due to religious restrictions on flying above the Kaaba. When viewed below, the cathedral appears to float in the air as if it were an image of heaven, as its medieval masons in fact intended when they built vaults and towers that reached so high.

I can also strip away later changes or decay to restore a building to its original, imagined, or ideal appearance. Jerusalem’s Dome of the Rock and Al-Aqsa Mosque (which are surrounded by trees and Roman-era walls) or Amiens Cathedral (surrounded by the modern city) appear more complete in my models than they are in reality. To quote from Viollet-le-Duc, the restorer of French cathedrals like Notre-Dame of Paris:

“To restore a building is not to preserve it, to repair, or rebuild it; it is to reinstate it in a condition of completeness which could never have existed at any given time.” 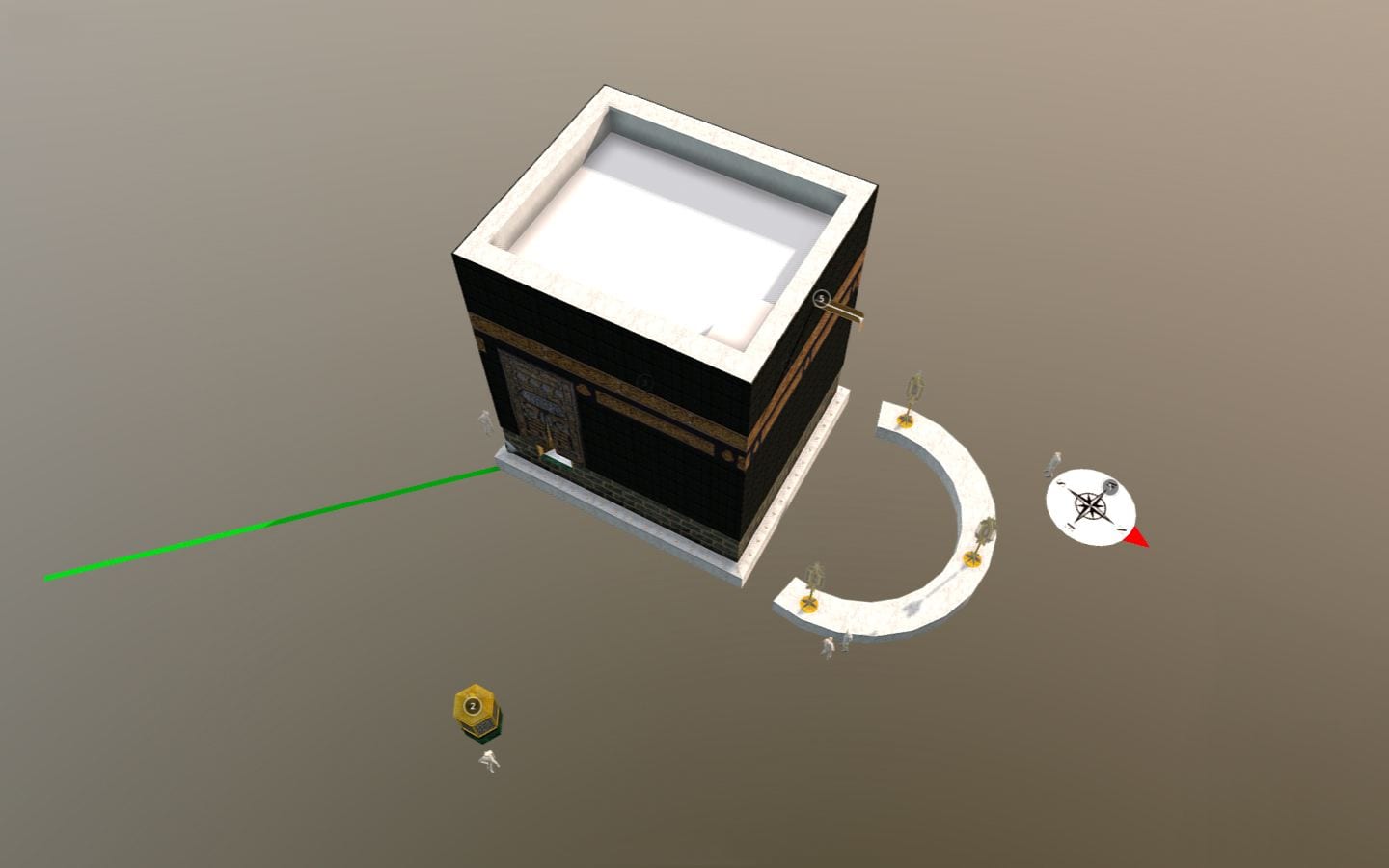 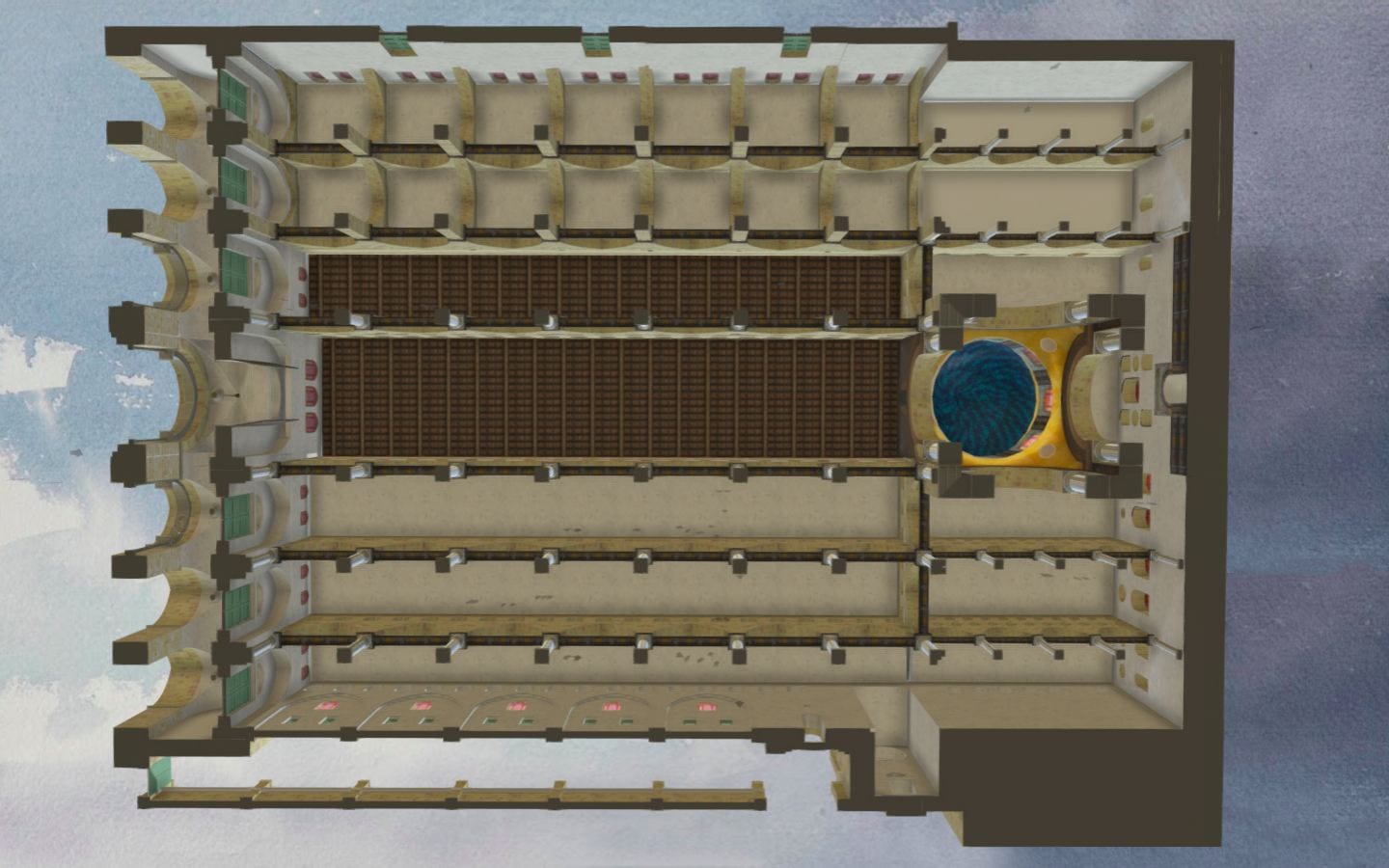 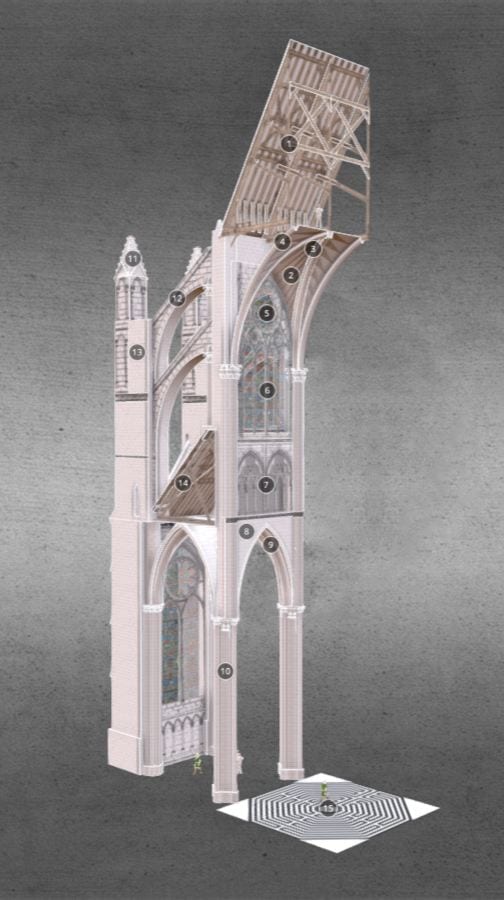 Section of Amiens Cathedral, based on a drawing by Eugène Viollet-le-Duc.